Sparse Files - What Is It?

Imagine that you are implementing a virtual drive that is based on a regular NTFS file. In fact, such drives are quite common, just look on those numerous file-based 'virtual encrypted disks'.

What if a user requests creation of a drive, say, 10 Gb large? You have two options - either pre-allocate 10 gigabytes of storage no matter how much is actually used, or implement a rather complex storage allocation system, allowing the base file to grow and shrink dynamically.

Both the alternatives don't look especially good. Pre-allocation wastes a lot of space, and shrinking the file on-the-fly will likely be a very time-consuming operation.

Fortunately, Windows 2000 and later systems offer a better solution: sparse files. When you need to free a chunk of in-file storage, you just tell the system that that part of the file is no more used, and the system will free the corresponding actual disk space. This way a file can allocate hundreds of gigabytes, but occupy only a few kilobytes of physical storage. The FlexHEX tour shows an example of 250 megabyte large file which uses only 64kb of disk space.

Note that a sparse file is still fully usable by customary applications. When a program attempts reading from a 'hole' area, the system fills the read buffer with zeros. For the program this operation will look as successful reading of a zero data block.

However a program that can distinguish between real data and sparse zero areas, may have significant advantages over a sparse-unaware application. Imagine a terabyte large sparse file – a sparse-aware program will load, copy, or scan such a file in no time, whereas a customary application will either require ages to process a file that large, or just fail completely.

Although you can declare any area as sparse using the FSCTL_SET_ZERO_DATA control code, the system considers this simply as a recommendation, which it doesn't have to follow. Windows will rearrange the actual sparse area layout as it sees fit (our FAQ mentions this effect).

For example, if your file contains a sparse zero area 60000 bytes long followed by a single real data byte, the resulting file will contain 60001 bytes of data and no sparse zeros at all.

Can They Really Be That Large?

Jeffrey Richter and Luis Felipe Cabrera in their article A File System for the 21st Century" in November 1998 MSJ issue wrote about sparse streams: "Since a stream can hold as many as 16 billion billion bytes...". This is not exactly true. You can create a largest possible 16 terabyte sparse file if and only if it consists of a single sparse zero area, no data at all. Writing even a single data byte drops the size limit far, far below. The exact limit depends on many factors: availability of system resources, the layout of the real data areas, even the order of the I/O requests; in some cases the limit may be as low as several hundreds gigabytes. If you don't mind experimenting, you can use FlexHEX to find your system limit.

It is probably safe to assume that you always can create a 300-500 gigabyte large sparse file, but any attempt to create a larger file might result in the Disk full error, no matter how little real data have been written. An amusing fact is that you may get this error even when you are marking some area as a hole, thus releasing physical storage.

This does look strange because NTFS does not have any such limitation, and decoding the data runs of a sparse stream is no more complex than obtaining the cluster list for an ordinary file. Obviously Microsoft didn't believe anybody would ever need a terabyte-large file, and never cared about efficient implementation.

"640 kilobytes of computer memory ought to be enough for anybody."

In order to improve readability, the code examples below don't include any error processing. You should add some error checks if you want to use this code in your program.

The Win32 API function GetVolumeInformation returns a set of file system flags that you can analyze to determine if the drive supports sparse streams.

Determining If A File Is Sparse

For example, FlexHEX shows a composite sparse attribute in its File Properties window. To find the actual attribute, it calls GetFileInformationByHandle for each stream of the file, and reports the file as sparse if it has one or more sparse streams.

Marking The File As Sparse

Use the DeviceIoControl function with the FSCTL_SET_SPARSE control code to mark the file as sparse:

If you don't mark the file as sparse, the FSCTL_SET_ZERO_DATA control code will actually write zero bytes to the file instead of marking the region as sparse zero area.

Note that marking a file as sparse is a one-way operation. You cannot unmark a sparse file even if it contains no sparse area; the only way to convert the file back to the non-sparse state is to recreate it from the scratch.

Converting A File Region To A Sparse Zero Area

No trouble here. Just specify the starting and the ending address (not the size!) of the sparse zero block:

Note, however, that this operation does not perform actual file I/O, and unlike the WriteFile function, it does not move the current file I/O pointer or sets the end-of-file pointer. That is, if you want to place a sparse zero block in the end of the file, you must move the file pointer accordingly using the SetFilePointer function and call the SetEndOfFile function, otherwise DeviceIoControl will have no effect.

You may ask: "What if we set a new end-of-file marker without calling DeviceIoControl?", for example, by executing the following function calls:

What will we find in those 16 megabytes between the old and the new end-of-file markers? Sparse zeros, real zeros, just some junk? The right answer is: sparse zeros. You don't need to call DeviceIoControl/FSCTL_SET_ZERO_DATA to create a sparse zero block in the end of the file - simply moving the end-of-file marker will do the trick.

The last thing worth mentioning is that we can use FSCTL_SET_ZERO_DATA on a non-sparse file as well. MSDN states that "It is equivalent to using the WriteFile function to write zeros to a file." This is not quite correct though - unlike WriteFile, FSCTL_SET_ZERO_DATA affects neither the current file I/O pointer, nor the end-of-file marker - exactly as in the case of the sparse file. For instance, if you call WriteFile immediately after FSCTL_SET_ZERO_DATA, it will overwrite the just written zeros.

Not much of a problem either - just specify what range you wish to query and provide a sufficient buffer for output info. The following example prints the positions and sizes of allocated blocks in a sparse file.

In order to determine the actual file size, that is the amount of physical storage being used by the file, just sum up all the file ranges. In the example code above ranges is the array of the ranges, and n contains the number of ranges, so the code for finding the actual size may look as follows:

sparse.zip - Visual C++ source code for a sparse file enabled Copy Stream utility. As the original utility, it performs stream-to-stream copy, however if the source stream is sparse, the target stream will also be sparse. 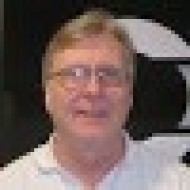 The scenario I'm using the sparse file for (hopefully) is a simulation which writes a huge output file which will be upward of 20TB. The simulation only uses the most recent data at the tail of the file (125GB) so my idea was to call DeviceIoControl/FSCTL_SET_ZERO_DATA and zero out the beginning of the file every time the file doubled in size. On a 1TB SSD with about 600Gb of free space I'm getting close to 16TB compressed filesize. The program eventually fails on a fwrite(). I'm thinking of trying the new FORMAT /L switch which increases the size of the file record and is used in tiered storage. I've found that manually trimming the SSD during program execution allowed me to write a few extra TB's

As far as I know it is not.

Is the maximum file size for a sparse file still 16TB?

0
0
Page 1 of 1
Notify Me
Are you sure you want to report it?
Share a link to this comment
Close